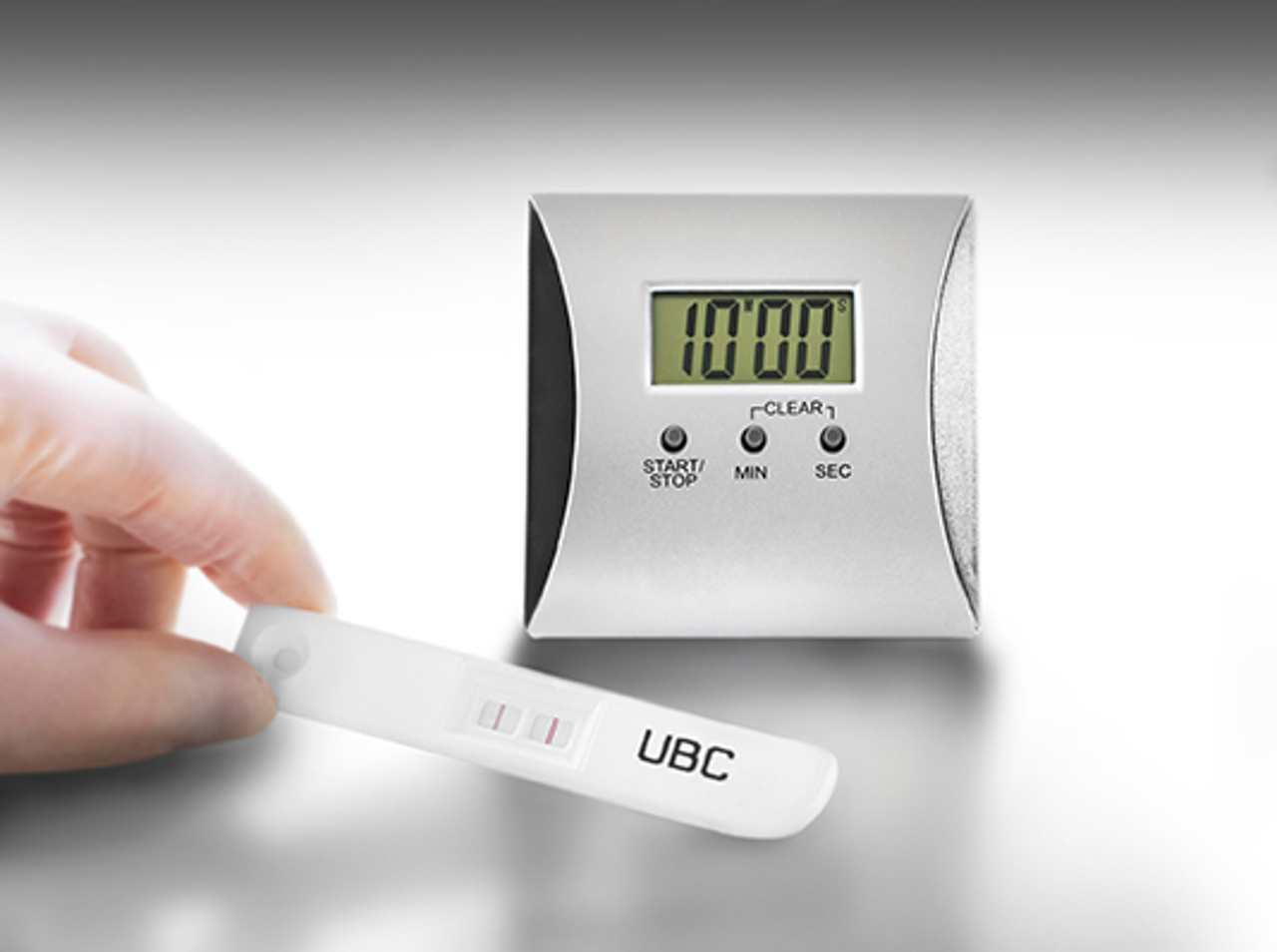 Common rapid tests for the early detection of bladder cancer are limited to simple positive or negative results and some of them either have low sensitivity or are influenced by the presence of blood in the urine sample (hematuria).

The UBC® Rapid (Bladder Cancer antigen) test detects cytokeratin 8 and 18 fragments released from urothelial cells as markers for carcinoma of the bladder. The lateral flow assay can be interpreted visually and recently it has been developed for the quantitative evaluation with a reader (the concile® ?100 reader). This method enables practicing urologists and even non specialized general practitioners to interpret the numeric results of a POC test in the context of different clinical conditions to facilitate detection of bladder cancer, stated Dr. Tilman Todenhoefer, Tuebingen, Germany, at the 28th annual congress of the European Association of Urology (EAU) in Milan, March 15-19, 2013.

The combination UBC® Rapid and a reader is the worlds first system for cost-efficient bladder cancer screening in a high risk population that additionally allows risk stratification in a point-of-care setting.

At the EAU congress in Milan, Dr Todenhoefer presented results of a recent study which aimed to evaluate the feasibility and diagnostic accuracy of UBC® Rapid and UBC® Rapid in combination with a reader. Between 04/2012 and 10/2012, 198 patients with suspected bladder cancer have been tested with UBC® Rapid, NMP22 BladderChek® and urinary cytology before cystoscopy and/or transurethral resection in the Dept. of Urology, University of Tuebingen, Germany.

The main difference between the evaluated products was on sensitivity, i.e. the percentage of bladder cancer cases correctly identified as positive. The UBC® Rapid, analyzed with the concile® ?100 reader, showed a considerably higher sensitivity of 57%, whereas NMP22 showed a sensitivity of only 16% and urinary cytology of 51%. The specificity of UBC® Rapid, NMP22 and cytology has been calculated as 80%, 95% and 80%, respectively. The quantitative UBC® Rapid test also detected 8 cases of bladder cancer with negative urinary cytology. Furthermore, the concentration of UBC® Rapid antigen rises in line with a higher risk of bladder cancer and reflects increasing tumor stages. UBC® Rapid optimizes the risk stratification of patients with diagnosed bladder cancer or clinical symptoms. IDL Biotech will during this spring start a multicenter UBCstudy in bladder cancer patients, at 4 study sites in Sweden.

IDL Biotech currently has a number of ongoing clinical studies both internationally and in Sweden, with the aim of demonstrating the clinical benefit of UBC® Rapid in bladder cancer and having the test included as a complement in the follow-up of patients with bladder...

END_OF_DOCUMENT_TOKEN_TO_BE_REPLACED

IDL Biotech is planning for clinical studies in the United States of America for its rapid diagnostic test for bladder cancer, UBC® Rapid.

In 2019, IDL Biotech submitted a so-called Pre-submission request to the US FDA (United States Food and Drug Administration) this was done to ensure the future approval of UBC® Rapid, the companys rapid diagnostic test for bladder cancer. As of now, the company is...